You can find my most recent author interview over at Dead Darlings. 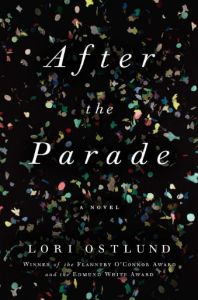 Lori Ostlund’s debut novel After the Parade follows the progress of ESL instructor Aaron Englund as he builds a new life for himself in San Francisco and reflects on a small-town upbringing in Minnesota.

Ostlund’s first collection of stories, The Bigness of the World, received the Flannery O’Connor Award for Short Fiction in 2008. Stories from it appeared in the Best American Short Stories and the PEN/O. Henry Prize Stories. Lori recently took time out from her launch to speak with Dead Darlings about her new novel. She will read from After the Parade on October 6 at Newtonville Books.